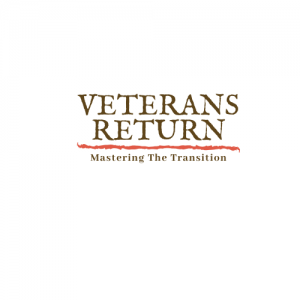 Hello to all who read this testimonial concerning my recovery from a massive Panic Attack using EFT.

I received complete recovery for that particular event through Tapping.

A short history of me: Basically I was a driver on convoys in Croatia and Bosnia in early 90's before the Dayton Agreement.

Our rules of engagement were simple:  If anyone fires at you, #1 don't fire back, #2 if someone from our contingent is killed or wounded severely, put the person in back of the truck and keep going, do not fire back. #3 in dark humour amongst ourselves was quake like a sitting duck. We had 90 bullets, trust me they counted them all at the end of tours. If one of us from the United Nations Protection Force fired his/her rifle and hit a belligerent, they would be sent back to Canada to PROVE their innocence.

Any how that was my ride over there and needless to say I came back fucked up. It took 6 years for the PTSD, Combat Stress etc... to go full throttle on my brain, body and soul, the latter being the worst in my opinion. More than fifteen years has past and I am still fucked up, but not nearly as bad.

By now all of you who have PTSD, know where I am coming from. So on to Tapping. I have been tapping now for a few months. I am blessed that my wife stuck around to basically force me into doing EFT. I'll tell you that I did not think this would work. It probably took me a month to clue in that changes were happening, even then I dissmissed it as coincidence. The thing is I don't believe in coincidence, I would allow 5% of happenings to coincidence.

That's just me, point being I began to pay closer attention to what was happening during and after tapping. I want to stress the fact that I have been tapping only one hour per week, with the assistance of a great Healer of the Soul Ingrid. ONE HOUR PER WEEK!!! 1 hour is a fucking mountain when you feel nothing and care for little. Apologies for the three paragraphs that don't include the reason of me writing this. As I said I've been tapping for a few months.

Now forget everything I wrote. 2 nights ago at 0315hrs (3:15am) Nightmare, went from laying to sitting position in a split second. I was drenched with sweat like if someone had pissed all over me and a Massive panic attack followed. While in the attack zone I went down stairs, checked everything and lit up a smoke in front of the fireplace. I was shaking from both hands this time and my legs felt like jello, I also had this little taste of metal under the tongue. I went to my medication cabinet, took a couple of my meds to get out of it. Only one problem my benzo's only kick in about one half hour after taking it, about the same for my sleeping meds. So I knew that I had a half hour to go before things would change. Back to my smoke and the fireplace............since I had time to kill.

I figured I would Tap on this Panic Attack, follow Ingrid's way. The Tapping was a bit all over the place, LOL, but it  worked. I probably tapped for five minutes, my smoke was out, burned on its own. I got up from my sitting position. Here we go I felt no pain, not in my brain, not in my body, not in my soul. I took this as a welcome invitation to go back to sleep........and I actually fell asleep. There is no way in hell that my meds got to me in five minutes. I can only say that I tapped my way out of it, period. Next day I woke with a smile and had a great day. I am going to continue to tap and free myself from the ghosts that haunt all of us.

I've been on so many types of pills and therapies in my life that I think it is awesome that I could end my massive panic attack with mind, body and soul in five minutes with EFT!

I just hope that YOU give it a try. Give it one month, what do you have to lose. This was my experience I hope it helps my brothers and sisters. ALL GAVE SOME, SOME GAVE ALL

P.S. Ingrid, thank you so much for your kindness and for pushing me to keep going!

While We Have Received Many Reports Concerning The Benefits Of EFT, We Do Not Claim That The Results Described In The Many Testimonials And Other Success Stories Included On This Website And On Our Videos And Other Recordings Are Typical Of What EFT Users? Experience, And We Do Not Represent That You Will Achieve The Same Or Similar Success. Indeed, You May Receive No Benefit Whatsoever.