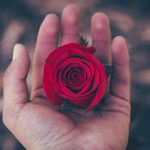 I haven’t really talked about this in 20 years, but given the situation in Puerto Rico and the islands, I thought I’d share some experiences and food for thought…
In 1993, the war in Bosnia and Croatia was raging, and so were the people all over the world. “Someone should do something!” “Why aren’t people getting more help?” Details of this war were getting reported, hours of news coverage every day. We knew which towns had been destroyed, where the concentration camps were, how the front lines shifted.
And it was less than a day and a half drive away from where I lived in Germany.
So I contacted the leader of the Croatian Mission in Cologne to learn what we could do.
Most Croatians are catholic, and he was their leader.
Pater Behlau made connected me with a group of students who had just driven a van with humanitarian aid to a Croatian village.
I started working with them, collecting goods, food, medication, supplies. And the next transport was now a 20 ton truck, which I brought down to the villages to make sure that the goods really got into the hands of those who needed them.
The press learned about these trips, and we made more and more
connections with Catholic and Muslim organizations who were willing to pay for transportation – always the critical issue in these transports.
More stuff happened.
We kept collecting and delivering.
Eventually I was elected president of the “German Croatian committee for humanitarian aid.”
I was the only woman, the only non-Croatian, and I got along with everybody. So that’s probably why… Lol.
We started to get invited to political meetings with the ambassador, elect people and Majors, the Bishop, the leaders of Caritas and others. I met with several ministers and the press.
Always just focused on the mission to help people regardless of faith or ethnicity, never ever talking politics or getting sidetracked by other goals.
So they always let me be there and I always went.

On one trip, I learned in a meeting with a Minister that they were trying to rebuild a village.
Coming home, I learned from one of the humanitarian organizations that they were looking for specific projects that they could do in country.
I also learned that the minister was planning to visit Germany a few days later.
At that point, it only took one phone call to the minister’s office to initiate a meeting with the organization, and get a big project started.

The minister didn’t remember me from the initial meeting in Croatia, as there were many people in the room. But his office followed through on my call.

After 4 years, we had delivered over 15 million dollars worth of aid, privately, and directly to those who needed it.

So here’s the lesson: we can have all sorts of opinions about the government being slow on Puerto Rico and the islands.
Or we can find someone with a boat who can bring stuff over.
We should never interfere with the support that FEMA and government are doing so excellently, as we would cause more harm than good ( I learned that in many DBHRT drills- the government aid works like a machine

🙂 and self deploying individuals can cause chaos.

But when we know people who need something, and can find transportation for them, help can be delivered easily.

And the initiative can grow. Many things can happen. People will jump in and help and support.
We don’t need to wait for others. As long as we don’t disturb operations and initiatives that are already working, we can always find a way to help somebody out.